Eclipse, the star of my book “Dog on Board: The True Story of Eclipse, the Bus Riding Dog,”  died in late October. I want to share more about my visit with Eclipse and Jeff, her person. 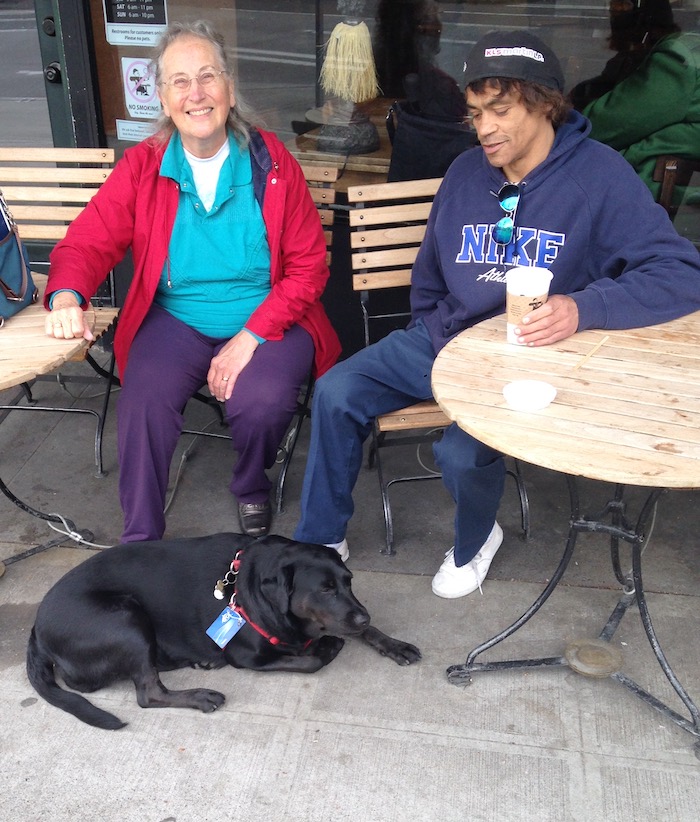 Eclipse was a very patient dog.  When Jeff and I sat to have coffee and get acquainted, she quietly lay down by the table. 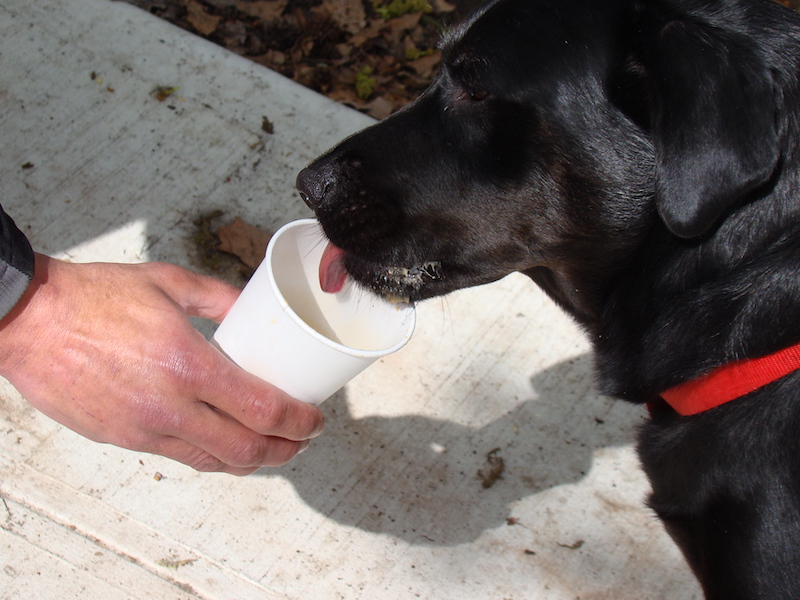 Perhaps she knew that when Jeff was almost finished with his milked coffee he would let her finish the last drops. 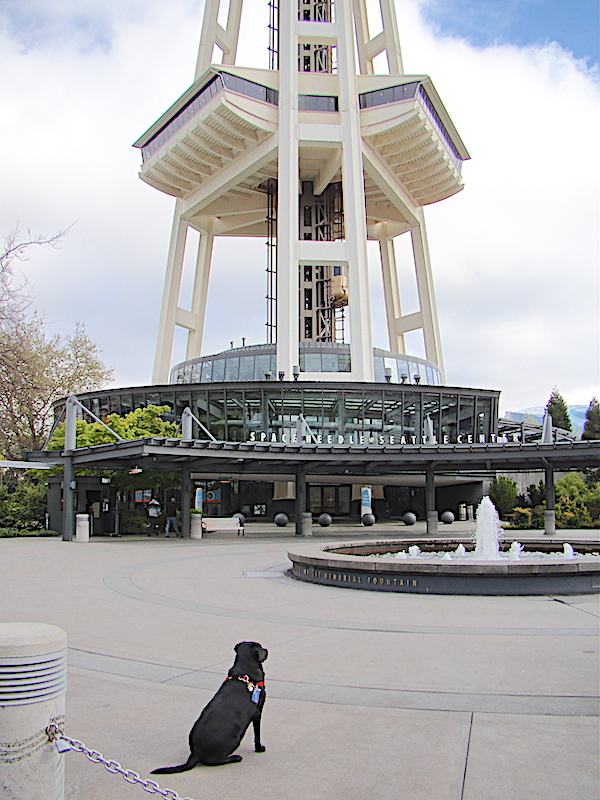 The Space Needle is a major feature of Seattle, where Jeff and Eclipse lived.  Maybe she was impressed by how tall it is.

One day during my visit to Seattle to meet her and her best friend Jeff, we strolled along the edge of the park.  Eclipse wandered onto the grass under the big old trees, sniffing her way through the aromas left by other dogs, squirrels, children, and whatever other living things had preceded her in passing this way. 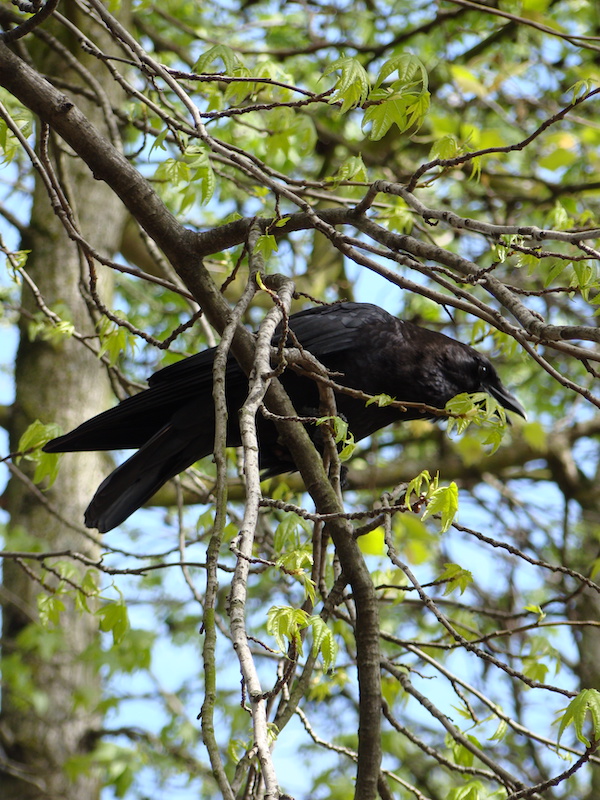 Then overhead, a crow began to scold loudly–“This is my home, big beast, get out of here!”  I realized that the crow probably had a nest to defend–it was springtime after all, when most creatures raise their families. 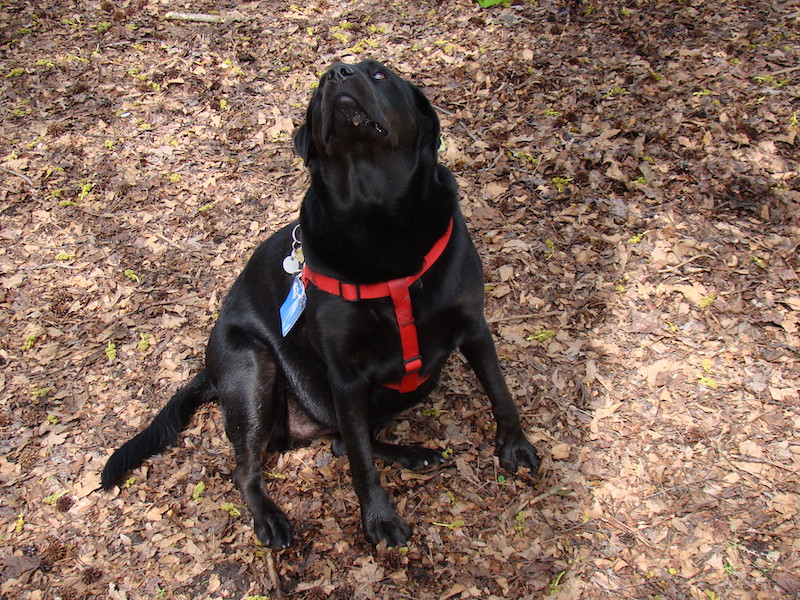 Eclipse, being a dog, reacted in a completely different way to the challenge.  Aha, one of those black birds!  Just the best kind of noisy creature to chase away. She barked and barked. She stretched her neck up this way and that, wishing she could just get at that crow! 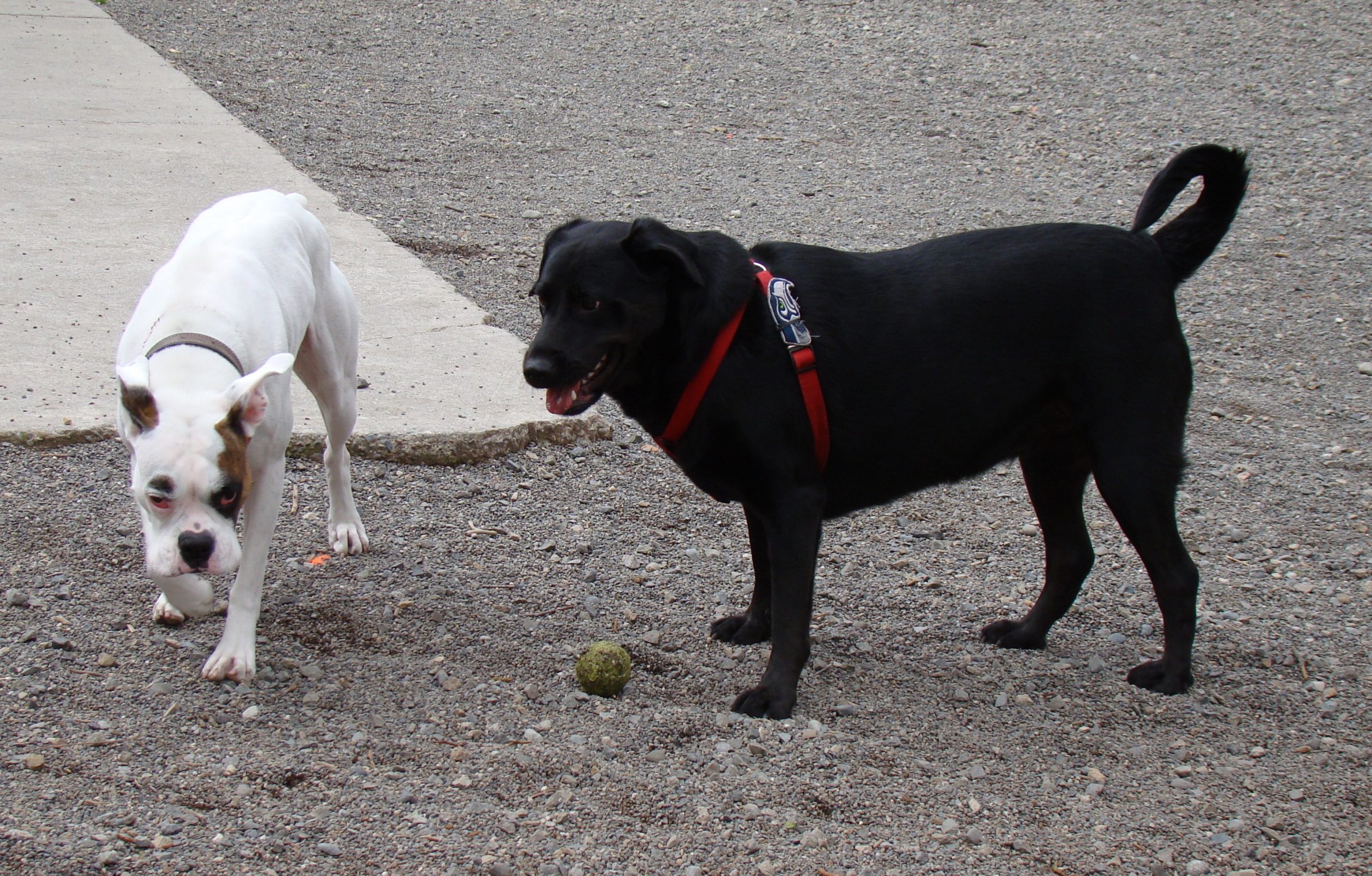 Eclipse was like any other dog–her ball was her ball, and she wasn’t going to let another dog snatch it away, even from a good friend. 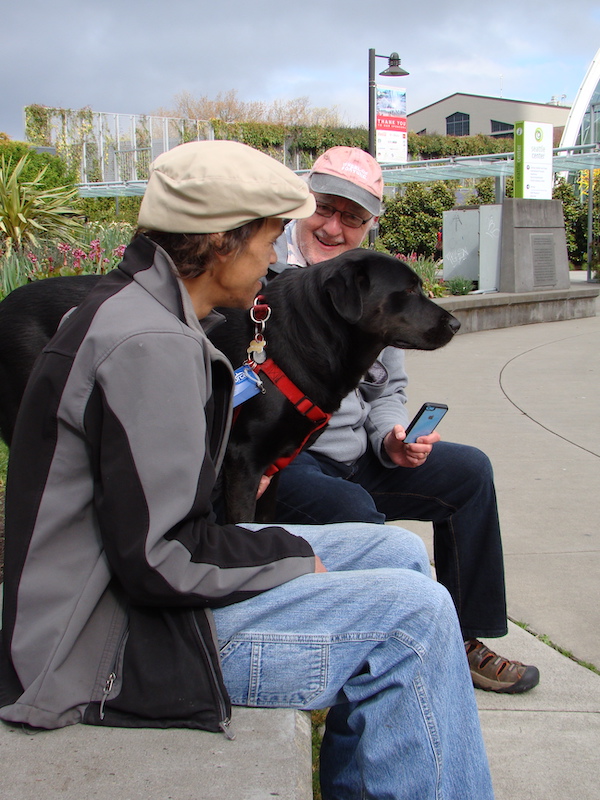 Eclipse also enjoyed hanging out with humans like Jeff and guest Greg. She was a great animal ambassador and will be greatly missed by the many people who were lucky enough to get to meet her somewhere in Seattle. 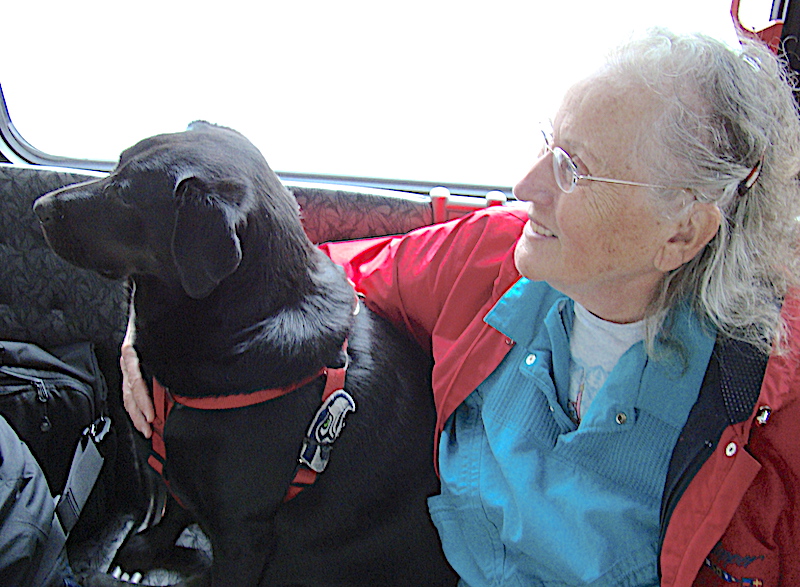 But my favorite time while visiting was sitting with Eclipse on ‘her’ bus, watching the bus stops come and go until it was time to get off at the dog park.