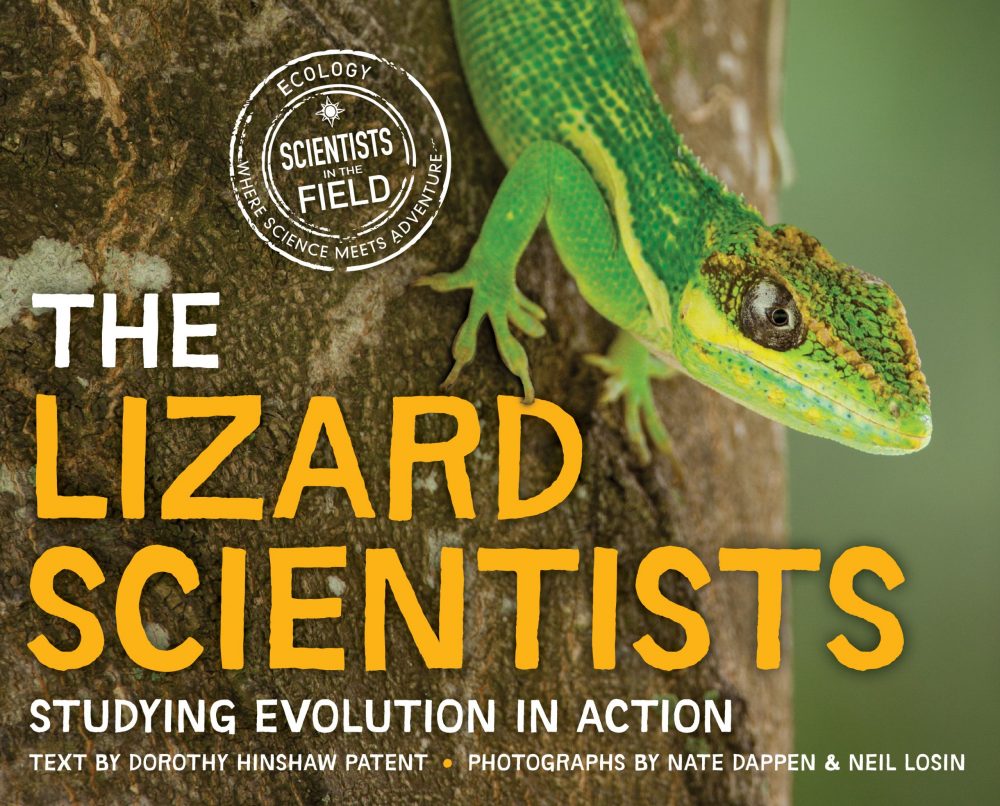 My new book “The Lizard Scientists: Studying Evolution in Action” is coming out on Dec. 13. If your family loves reptiles or is fascinated by evolution, this book, illustrated by abundant photos, is for you. You’ll be amazed to read how scientists studying lizards on Caribbean islands are discovering how quickly these resilient creatures can adapt to their environments.

Anole lizards evolved independently on different islands into similar species–bright green giants in the treetops. Sleek camouflaged speedsters in bushes and grasses, and more. We can actually see evolution in action through the work of these talented scientists studying these amazing lizards! 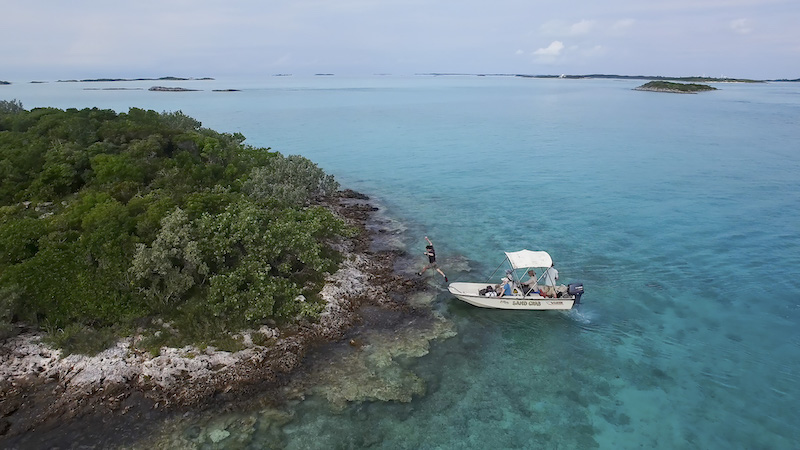 I couldn’t join the scientists on the islands, as they land on rocky shores in tiny boats–no extra room available!

Luckily I had a perfect alternative. visiting scientist James Stroud as he studied anoles at the Fairchild Tropical Botanic Garden in Coral Gables, Florida. Several anole species from the Caribbean now live in Florida, swept in by hurricanes or hidden away in bunches of fruit. James traps and measures them over time to see how the different species adjust to sharing the environment in one research site.

James and his associate Kamau Walker photograph and measure each lizard in detail. They also provide a tiny ID tag under its skin so they can recognize it if they capture it again later. The data they gather over the years gives important information on the habits of the lizards.

Other scientists also study anoles to learn how these adaptable lizards live and evolve.  What happens when they move into cities, where it’s warmer and where there are more slippery light poles than trees with rough bark? How do they survive the powerful hurricanes that can devastate their island homes?  How big does an island need to be to host anoles? There’s no end to the questions for lizard-loving scientists to study, and you’ll meet scientists asking great questions in “The Lizard Scientists.”