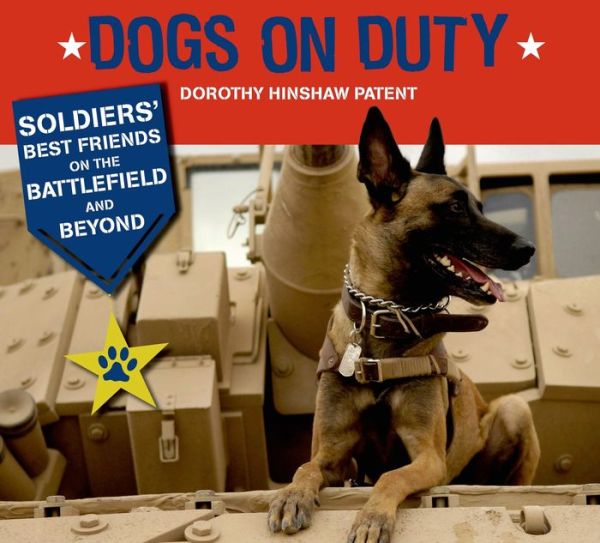 I’m especially proud of this book–it demonstrates the great intelligence of dogs and the powerful bond of love and loyalty that can develop between dogs and people under very difficult circumstances.  It’s also my most award-winning book, as you can see here.

The award that I especially appreciated was the Mitten Award, from the Michigan Library Association.  This award honors a book that is written in language that’s especially appropriate for the intended audience.  As you’ll see here, how to present this difficult topic for young readers was especially important to me.

The inspiration for book topics can come in surprising ways. On May 2, 2011, U.S. Navy Seals Team Six killed El Quida leader Osama bin Laden. Included in the successful raid was a military working dog (MWD). When people learned that a dog was involved in the raid, they wanted to learn everything about it–what breed (Belgian Malinois) gender (male named Cairo) and the kind of work he and his canine colleagues carried out.

Knowing my love for dogs, my neighbor Kathy kept sending me links to articles, videos, photo slide shows–you name it–about military working dogs and their amazing abilities and achievements. Finally one day, she asked me, “Why don’t you write a book about them?”

It’s a topic I never would have thought of on my own, as I figured that war and killing weren’t my kind of topic or a topic appropriate for my young audience. Kathy persevered, and I began to think ‘Well maybe, if I wrote it for ages 10 and up I could do it.’

So I contacted my editor Emily and suggested the topic. She responded quickly–“Well if you insist on that age level you’ll need to take the idea elsewhere. I’m only doing books for ages 8-12 now.” I really wanted to work with Emily, so I took some time to think about how to make this difficult topic work for readers that young. Then it came to me–if I always kept the thought “They save lives” in my mind as I wrote, I could make it work.

I needed to do lots of research, both for photos and for experience with these dogs–how and where are they trained, how their handlers work with them, where they deployed and for what jobs. I visited Lackland Air Force Base in Austin, Texas and toured the base along with University of Texas film maker Nancy Schiesari, who was in the process of creating a documentary film eventually entitled “Canine Soldiers: The Militarization of Love.” You can see the trailer here.

I spent hours on the internet searching for just the right public domain photos, delved into the history of military working dogs, contacted authors who had written about MWDs for adults, got official permission for and had phone interviews with representatives of the various branches of the military that used dogs, made phone/email friends with brave soldiers who had worked with MWDs who had saved countless lives of warriors and citizens of countries plagued by rebels who set explosives into roads that would blow up whom ever was unfortunate enough to step on them or drive over them.